The Lives and Often Strange Deaths of My Family's Pets

I’ve been a dedicated Greyhound Rider for years. I’ve grown accustomed to the drivers who treat you with the type of customer service typically reserved for convicts being escorted to federal prison, the disturbing and unforgettable lines you hear other passengers exclaim in the middle of the night (my favorite: “If anyone finds a pack of Newports on the bus, do not smoke them…they are laced!”)…I remember first hearing that macabre news story about the guy on a Greyhound in Montreal who beheaded the passenger sitting next to him. The driver pulled over and everyone ran out. Later on the news people expressed shock that this could happen on a Greyhound. Frankly, I was surprised the bus even stopped. That’s unprofessional for Greyhound standards. Usually they just keep on going and hope the shit sorts itself out in the back. “Finish cutting off his head and sit back down…it’s a long way to Cleveland.”
But none of this could prepare me for my first Chinatown Bus Experience.
I was taking a bus from New York City to Toledo, OH for the suspiciously low price of 7 dollars.
If you’ve never been on a Chinatown bus, the way it works is you board on Allen Street, ask the driver if this is the right bus, he responds in Chinese, and then you sit down and hope for the best.
Right before we departed, a middle-aged, Hispanic man wearing a Jurassic Park T-Shirt sat down next to me, sobbed uncontrollably for two minutes, and then fell  asleep on my shoulder.
At this point, sweat was cascading down my forehead. The website said the bus was fully air-conditioned but failed to mention the somewhat crucial detail that they don’t turn it on. We complained to the driver that it was too hot, he politely explained something in Chinese, and then we were off.
About 10 minutes into the ride the air finally came on. I remember pressing my hands up to the vent. My heart was bubbling with gratitude for the driver. I truly loved him. Ten minutes into the trip and I was already experiencing Stockholm Syndrome.
The GPS said it took 8 and half hours to get to Toledo, but the ticket ominously said we would get there in six.
Across from me was a Chinese man in a denim jacket listening to a blue tooth speaker on full volume.
I sighed. You know you’ve hit rock bottom when you start appreciating the Greyhound but here we were. The bus drivers on the Greyhound were rude as hell but they did keep everyone in line. Out here it’s the Wild West. One guy was angrily yelling at his girlfriend over the phone at 3 in the morning. It was one of those conversations that’s so personal you don’t understand how they’re okay with having strangers on a bus overhearing it. We all now knew she had full custody of their 4-year-old-daughter even though he hadn’t used heroin in over 3 months.
About 4 hours into the trip a mother and child got off the bus. This was my opportunity to escape Sobbing-Jurassic Park T-Shirt-Guy. I woke him up, said excuse me, and then walked across the aisle and sat down in those two seats.
And then, in a baffling turn of events that I still can't fully process to this day, he got up and sat down next to me again. I was so confused. Did he feel like we had developed a bond in those last four hours? Or was he still following the Stay-With-A-Buddy-System from elementary school field trips.
I passed out again.
I woke to notice that the Chinese man in a denim jacket was now driving the bus and the bus driver was asleep in that man’s seat. I prayed that we would get to Toledo before it was my turn to drive and then nodded off again.
I woke around four. The bus driver was back at the wheel, going so fast I could only assume Dennis Hopper had put a bomb somewhere on board. I thought about waking up Sobbing-Jurassic-Park-Guy so I could have some human connection before the fatal crash.
I passed out again and woke up just as we were arriving in Toledo. We had made it in less than 6 hours. 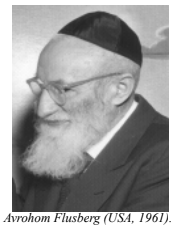